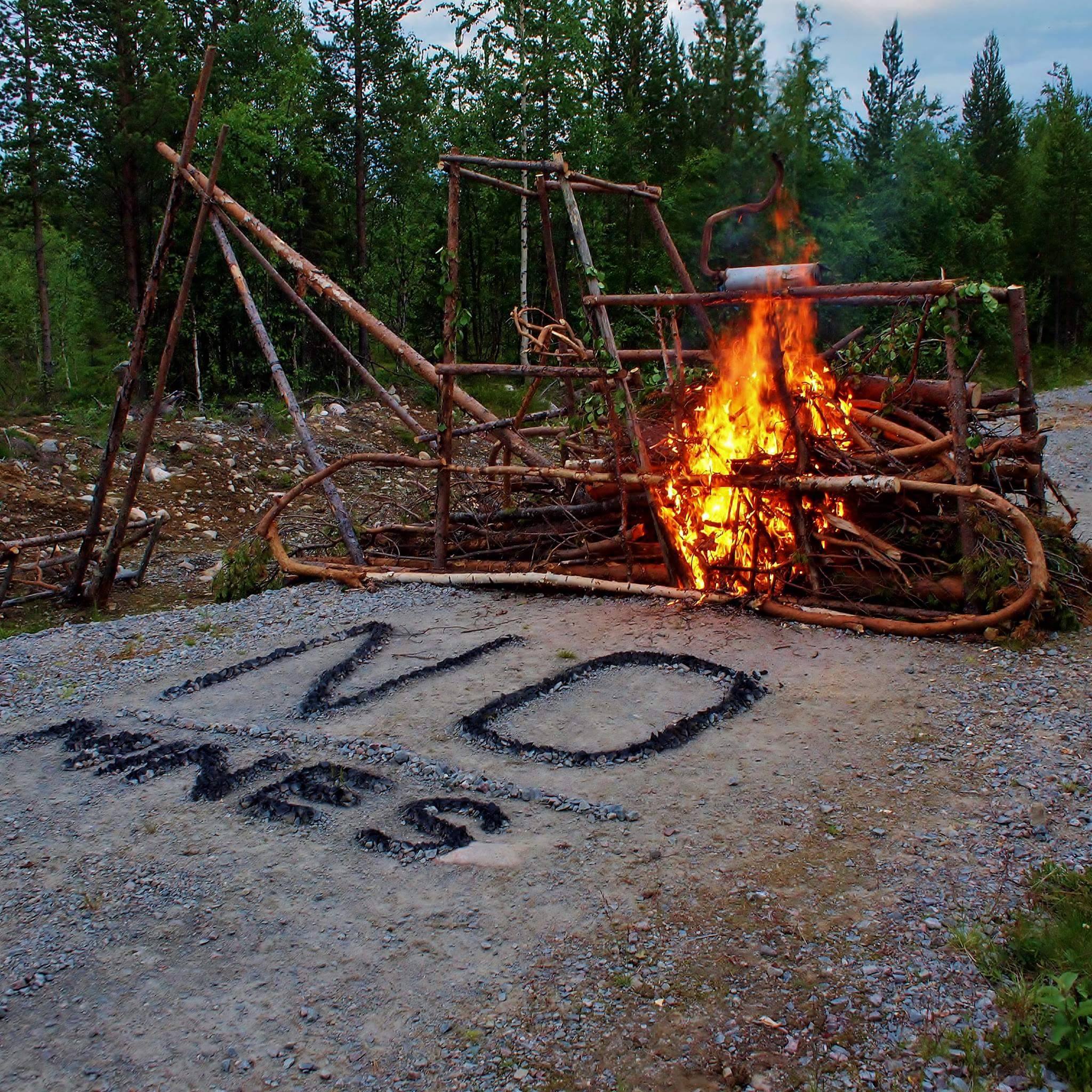 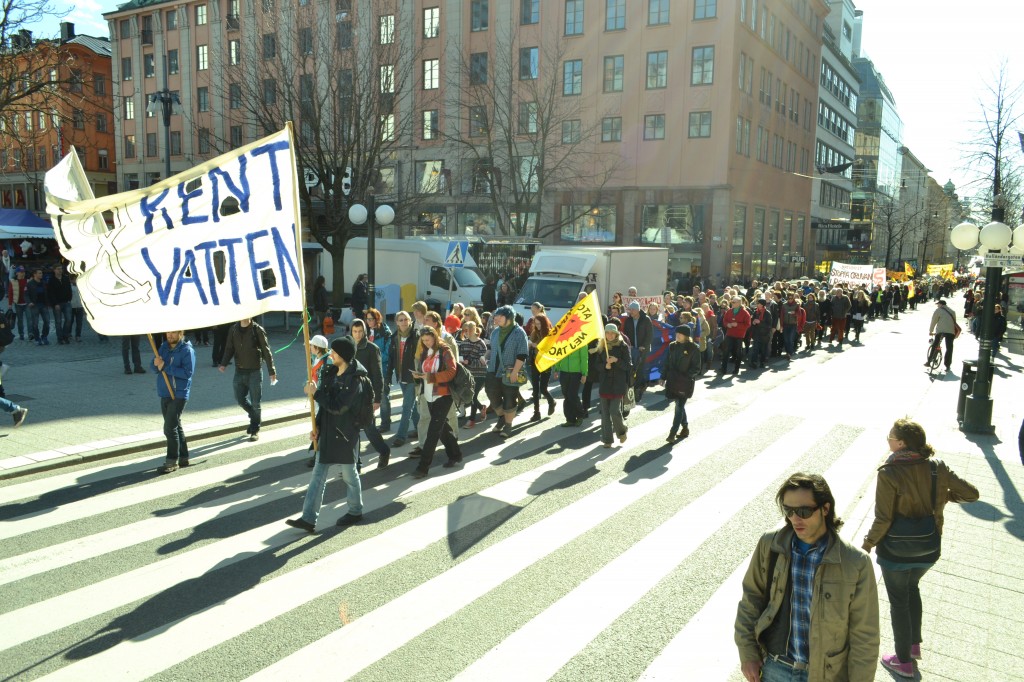 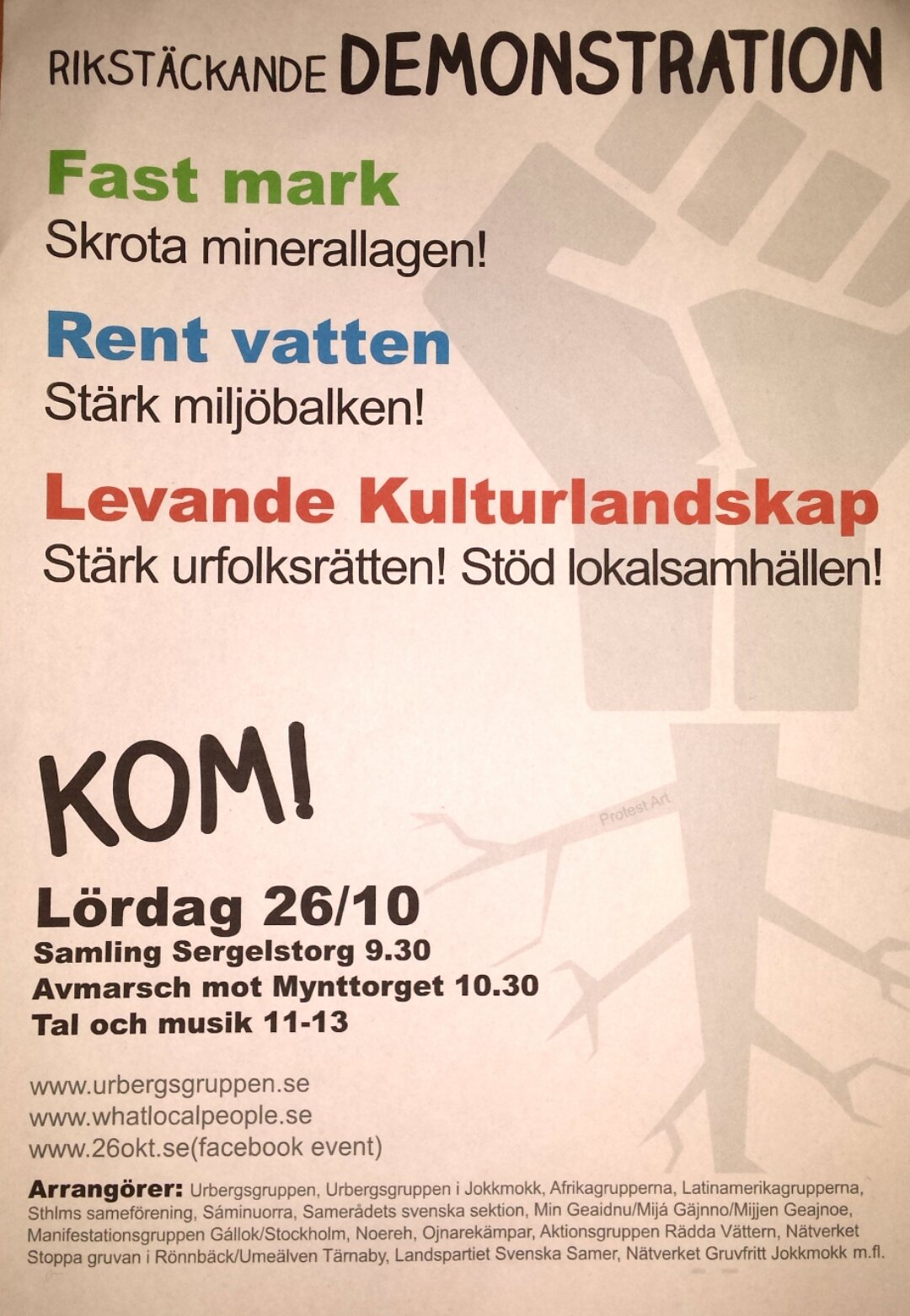 Eng:
About the demonstration in stockholm saturday 26th of oktober. Against the mineral law. for the mountains, the water and living culture. 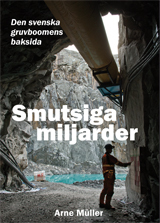 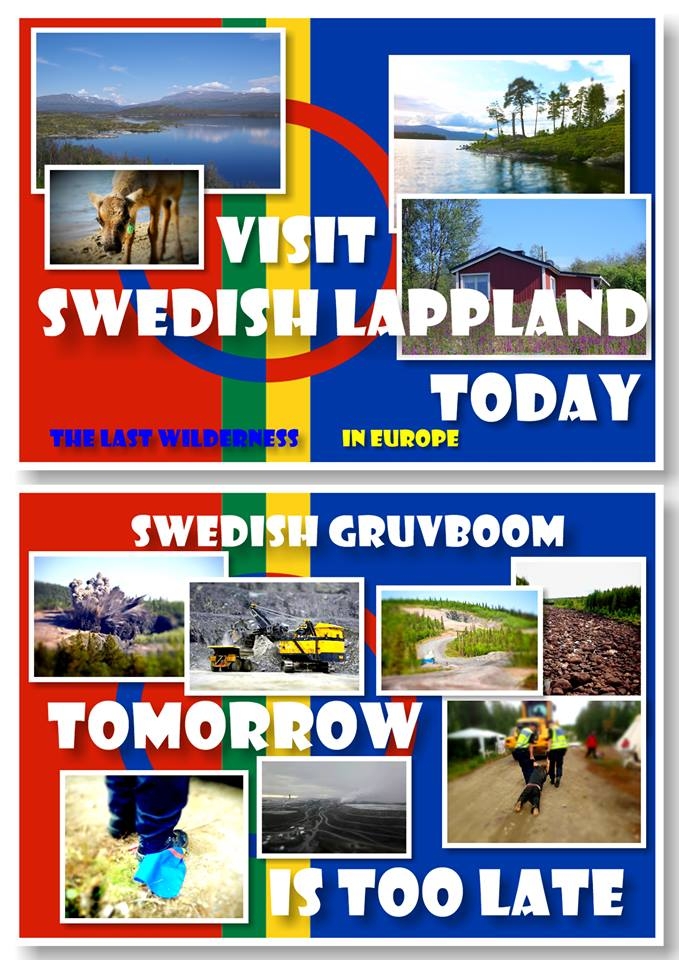 As many are aware, mining the world over has destroyed beautiful nature, and frequently encroaches on the land and territorial rights of indigenous people. Disregarding the local communities affected, overzealous resource extraction displaces people, and negatively impacts the environment – impacts which often last in perpetuity. A foreign mining company is trying to do just that in Northern Sweden.

The company behind the test mining in Kallak (Sami: Gállok) is the British-based Beowulf Mining, who’s Swedish counterpart is Jokkmokk Iron Mines (JIMAB), who are hoping to find iron-rich magnetite deposits in the area. Kallak is located in Northern Sweden, in the county of Jokkmokk. These are Sámi lands, and is part of Sápmi. The proposed site is located on reindeer grazing lands the Sámi have used since time immemorial, and a mine here would encroach on their rights and traditional lands. A mine in this location puts the Luleå River at risk as well, where dam failure and poorer water quality would likely be just a few of the unfortunate side-effects.

JIMAB has shown disregard for the local community, Sámi people and their rights, and Swedish legislation. Just five days before the police action on July 30, the Swedish Mining Inspectorate issued their final warning to the company for it’s disregard of the legislation regarding mineral extraction in Sweden. In other words, one more strike and they’ll lose their permit for their operations there.

On July 30, the police arrived to dismantle the blockade set up by demonstrators, at the request of JIMAB, as it hindered their access to the area. Six demonstrators were arrested. They were bussed to the nearby city of Gällivare where they were questioned and later freed. According to several reports, they are suspected for violent resistance and criminal conversion. One of the demonstrators, Malin Norrby, noted, in an interview with Swedish Radio, that several people had filed police reports against JIMAB, without reaction from the police; however, when JIMAB had requested help in removing the demonstrators, the police were quick to act. The week prior, Fred Boman, JIMAB’s vice president, had stated that the company would put off it’s work until autumn, hoping that the demonstrators would be gone by then, though no one is surprised over this broken promise.

Individuals at the scene in Kallak question the tactics of the police and the amount of force used to remove the demonstrators. Police disagree with this critique; however, images and videos have surfaced, and been spread on social media, including an image of a police officer stepping on a Sámi flag. Members of the Sámi community have expressed concern over these images and videos, including Aili Keskitalo, former president of Norway’s Sámi Parliament and Josefina Lundgren Skerk, leader of Sweden’s Sámi Parliament’s Youth Council. In addition, Sámi musician Anja Storelv said in an interview with Swedish Radio P4 Norrbotten, “I saw the image and felt that someone could have just as well spat in my face.”

The blockade has been replaced as of July 31, and demonstrators are back on the scene, and indications are that more are on the way. The goal is to continue making things difficult for the mining company to start blasting at the site. JIMAB began test drilling immediately after the demonstrators were removed on July 30, and the holes were refilled (not with explosives, according to the demonstrators on site). Blasting has yet to be done at the time of writing.

Outside of Norrbotten, the Swedish media has largely been silent about the protests in Kallak/Gállok, especially regarding the police incident on July 30. In addition, Sweden’s Minister of Commerce, Annie Lööf has also been silent in the face of critique.

Social media has been the primary resource those against mining in Kallok/Gállok have been using in order to spread information within Sweden and abroad. We encourage you to share this on Facebook, Twitter and other social media outlets to bring light to the encroachment on indigenous lands in Sweden, and the Swedish government’s favouring of foreign corporate interests over the rights of it’s indigenous peoples.

On Twitter, please tag posts with #kallak, and we encourage you to tweet Annie Lööf at @annieloof to voice your dismay.